Increase Performance | Improve MPG | Smoother Power Delivery
Dynoronix Tuning is a safe way to increase the performance of your vehicle. Modern cars are equipped with engine control unit ECU (engine control unit), which affects the quantity of injected fuel and control ignition, depending on engine operating state. Car manufacturers are forced to compile these programs according to certain criteria and with significant reserves. Simply put – a car that meets the production line, it must also function well in extremely warm in extremely cold climates. It is a serial program data sufficiently broad and take into account a wide range of other aspects (such as low fuel, etc.).. Consequently, the engine of your vehicle used for approx. 60-70% of its possibilities. This fact, however, can be easily and safely changed by adjusting the data stored in the memory control unit, called Chip. This was done with early engine computers in the 1980s and 1990s. Today, the term Dynoronix tuning can be misleading, as people will often use it to describe Dynoronix tuning that does not involve swapping the chip. Modern engine control units can be tuned by simply updating their software through a standard interface, such as On Board Diagnostics. This procedure is commonly referred to as engine or engine control Dynoronix tuning. engine control units are a relatively recent addition to the automobile, having first appeared in the late 1970s. As technology advanced, so did the electronics that go into cars. The engine control unit in a modern automobile, together with advanced engine technology, makes it possible to control many aspects of the engine’s operation, such as spark timing and fuel injection. The engine control unit may also control electronic throttle control (drive-by-wire), poppet valve timing, boost control (in turbocharged engines), Anti-lock braking system, the automatic transmission, speed governor (if equipped), and the Electronic Stability Control system. Performance gains are realized by adjusting the ignition timing advance. Different timing may result in better performance. However, to cope with advanced timing, one must run high-octane gasoline to avoid pre-ignition detonation or pinging. Manufacturers design for a specific timing and this may limit performance accordingly. The reason to change the engine control unit map is if there are engine, intake, or exhaust modifications to the car. These “bolt-on” modifications alter the way that the engine flows, often causing the air to fuel ratio to change. Without re-mapping the fuel tables, some of the performance gains from the modifications may not be realized. A poorly tuned engine control unit can result in decreased performance, driveability, and may even cause engine damage. The most common way to “upgrade” the engine control unit is using either plug in modules as mentioned above or using a specialist tuner who will use an On Board Diagnostics Flash tool. These devices generally plug into the diagnostic port although in some cases the reprogramming is done directly on the circuit board. Maps are supplied by tuners. 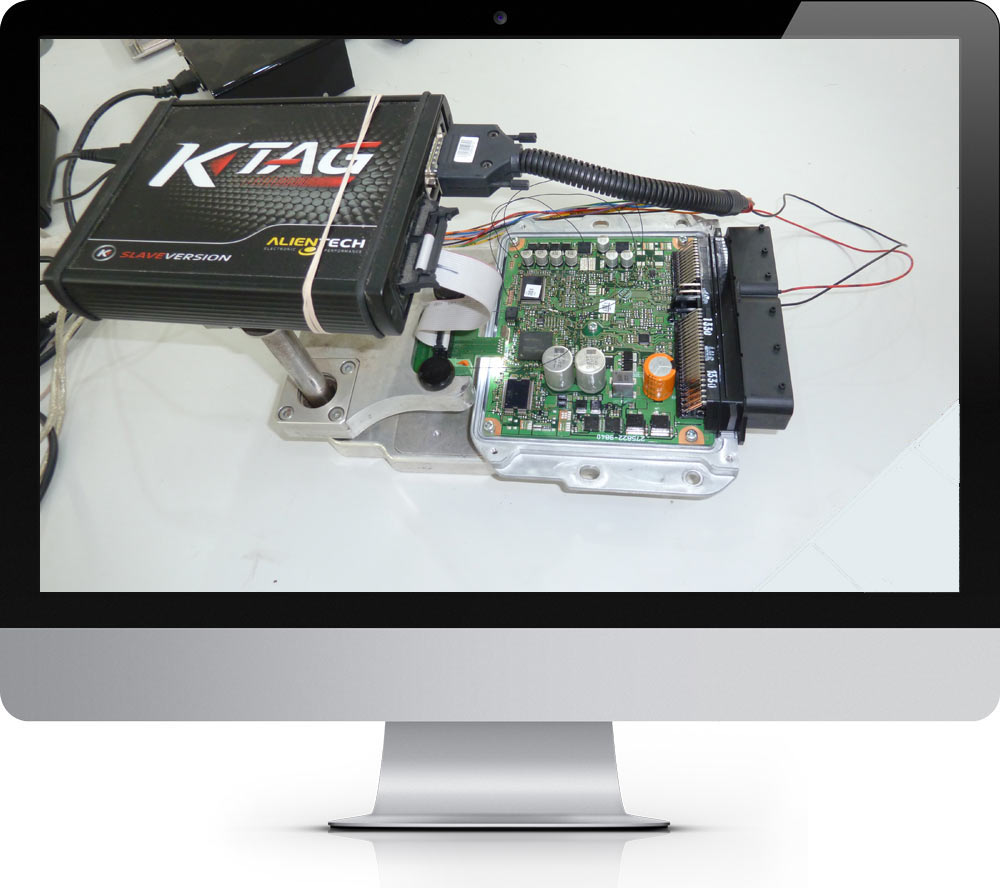 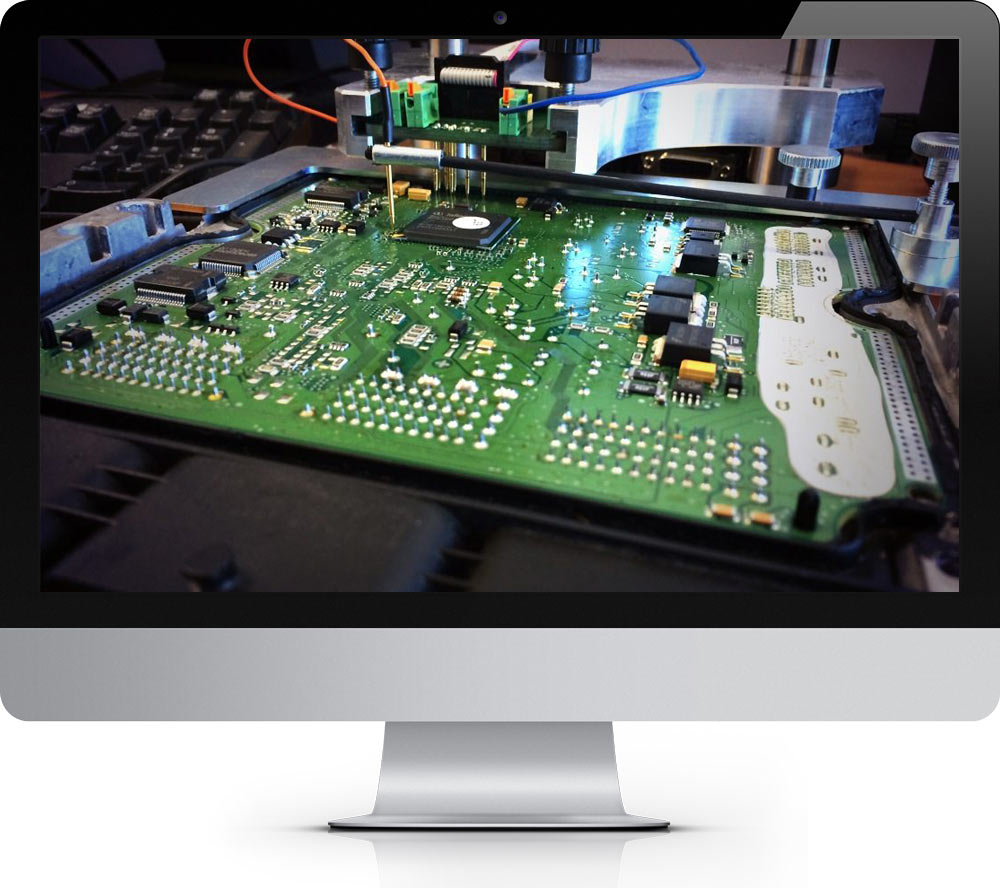 The company chip in a vehicle contains something referred to a lookup table. The lookup table contains data that tell the engine how to respond under various circumstances. Taking an example, if you are driving down the highway going 50 miles per hour and you quickly press the gas pedal all the way to the floor, the computer will detect this and ask the chip what to do. The chip will refer to its lookup table and tell the computer how much gas to send to your engine, how and when to shift your car into a lower gear (in the case of an automatic), how to adjust the timing and how much turbo boost to provide, if your car is equipped with a turbo charger. In a factory chip, all of these parameters are dictated by the car manufacturer for its own purposes. When you put a performance chip in, this changes the lookup table and adjusts the parameters to give you the most performance with regard to fuel economy, emissions and other performance-reducing constraints

Generally, any car equipped with an engine management system can be tuned, which includes both petrol and diesel engines. However, Dynoronix tuning produces best results on turbocharged or supercharged engines. Raising the turbocharger or supercharger boost pressure, allows for much higher gains in power to be achieved, when combined with the correct ignition timing and fueling adjustments. Normally aspirated (non-turbo) engines will only gain a significant improvement in power if the manufacturer also offers the same engine in a significantly detuned state by ECU software alone. with a remapped car you can expect: 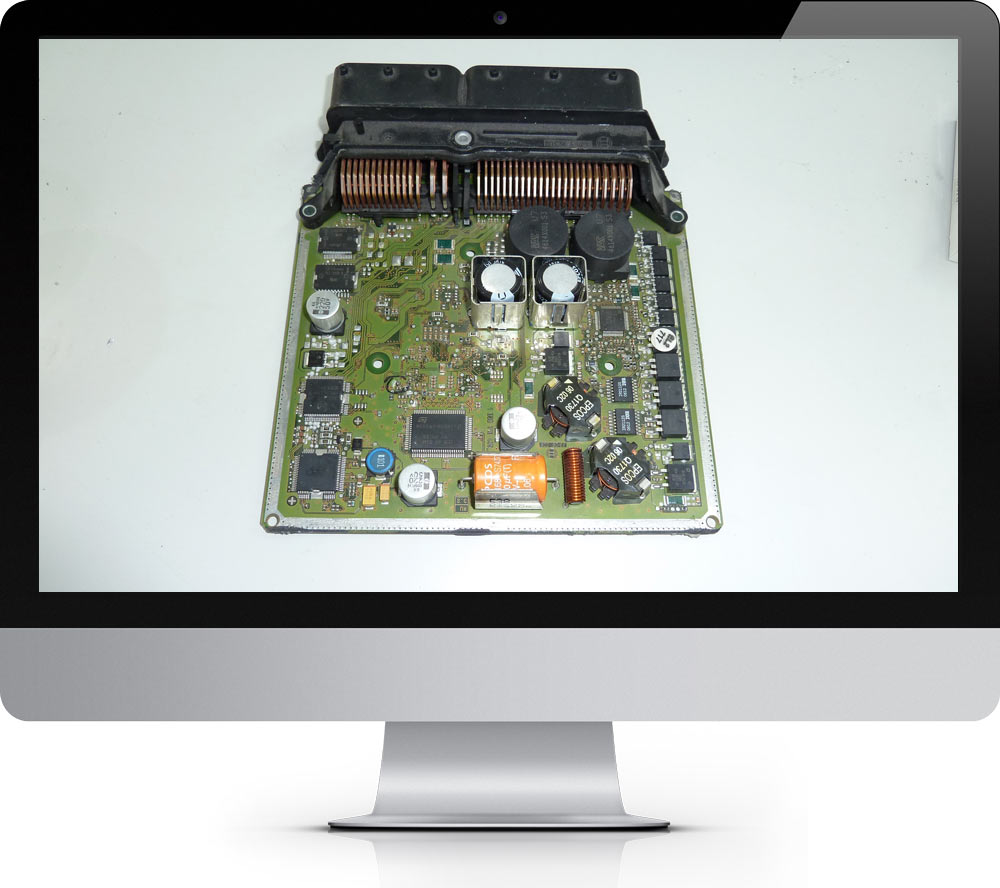 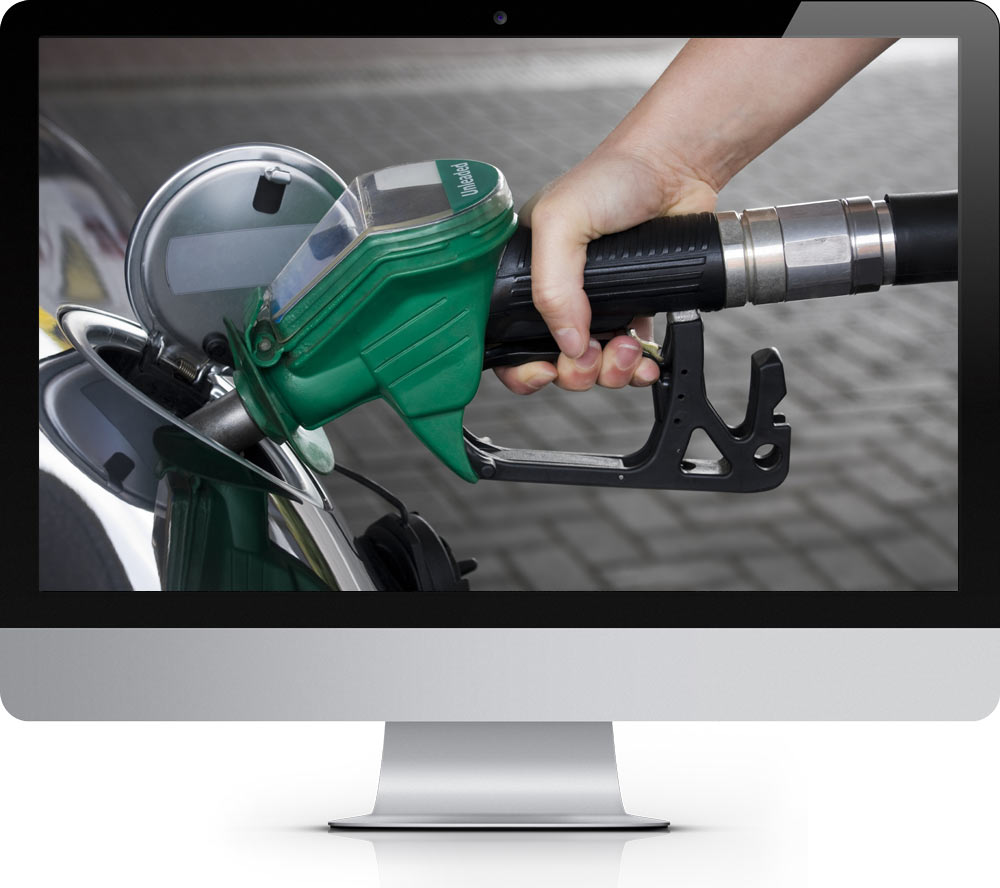 When we remap a vehicle, especially when fuel saving is the priority we focus on improving the low end torque in particular and widening the power-band as far as we can.

This increase in low end torque will mean less throttle pedal input is required to maintain cruising speeds, when fully laden or when on a gradient. It will also mean that the vehicle will be more comfortable in higher gears at slower speeds as well requiring fewer gear changes overall.


If you combine these factors with adjusting your driving style to make the most of the extra low end torque you will see an improvement in fuel consumption. This is most effective on turbo-diesel engines where the savings could be as much as 20%!